When Mayor Jim Ardis delivered his eighth State of the City Address in January he ended the annual luncheon with something unexpected. He presented Simantel with the first Mayor’s Outstanding Community Service Award for the team’s dedication and extraordinary work on the Don’t Shoot Peoria campaign.

“There are many, many people and organizations to thank for helping us launch this program … but I want to call out one specific company that really made a difference in our ability to educate the public about what ‘Don’t Shoot’ is all about,” said Ardis in front of a crowd of almost 700. “Words can’t express the ‘wow’ factor with what they were able to accomplish in short order.”

The acknowledgement caught Simantel owners Susie Ketterer and Maggie Whalen off guard—something that doesn’t happen often. Both were humbled and surprised to receive the award.

“I am grateful to the Mayor for the recognition and am happy for the team to get recognized in such a way in front of so many people,” said Ketterer. “But we didn’t act alone. There were so many individuals who supported this initiative. I would especially like to thank the media and the businesses that stepped up to support this.”

Ketterer recalled when Ardis first came to Simantel about helping institute the crime program he wanted to adopt. Fresh in her mind was a fatal shooting she and an employee witnessed near their St. Louis office. It was an experience that put the reality of gun violence front and center. For Simantel to do nothing would be unacceptable.

“We, too, live in this community. Less gun crime is good for everybody—no matter if you live on the north side or south side of Peoria,” said Ketterer. “If we can stop someone from picking up a gun or save a life by reducing gun crime, why wouldn’t you want to be a part of that?”

Led by the Mayor, “Don’t Shoot” is an anti-gun and gang violence program designed to decrease shootings, remove the most dangerous criminals from the streets and send a message to others to put down the guns.

Learn more about Don’t Shoot, and how the program has led to a decline in shootings, by visiting dontshootpeoria.com. 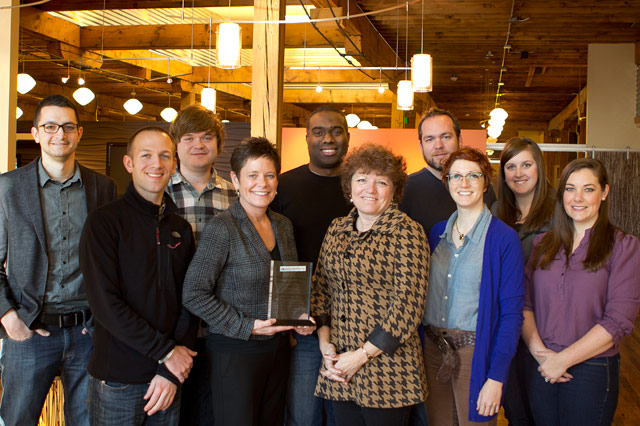