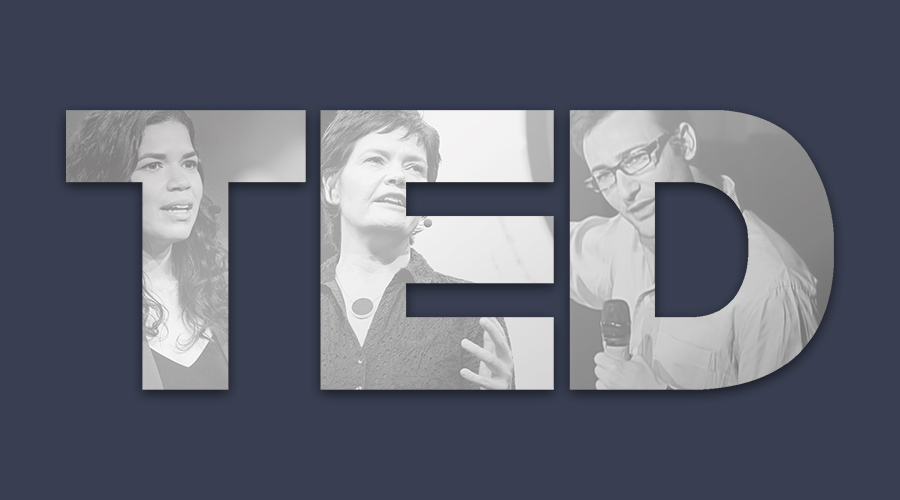 TED Talks That Stuck With Us

The feeling of inspiration after watching a TED Talk is hard to beat. Your mind begins firing on all cylinders and you can almost feel the connections coming together to produce new, innovative ideas.

If you’re the kind of person that enjoys inspired ideas as much as we do, we hope you enjoy this TED Talks “greatest hits” list based on recommendations from our very own Simantelites.

TED Talk: A healthy economy should be designed to thrive, not grow | Kate Raworth

The summary: In her study of economics, Kate Raworth confronts our notion of what progress looks like. Instead of “up and to the right,” what if progress was visualized in the shape of a doughnut? If economic prosperity was measured by the doughnut model, the excesses in one area would be balanced by redistributing resources to areas that lack them (the hole of the doughnut). Raworth challenges us to think of a thriving economy that stems from collective action and even distribution of resources, while trying to avoid overshooting our ecological limits.

Who it stuck with: John Seckler, Senior Art Director

Why it stuck: “I’m not some kind of natural world guru, but I never understood how humans believe we can live outside and above the laws of nature. I love how, towards the conclusion, this talk gets around to relating our economic system to basic laws of nature.”

TED Talk: My identity is a superpower – not an obstacle | America Ferrera

The summary: America Ferrera’s successful career as a Latina actress in Hollywood started with frustrating moments of rejection and the realization that her ethnicity would often lead to being typecast. Even in her moments of success, there was no watershed movement that followed. Eventually, Ferrera realizes that she can’t expect the system to change what it believes about her if she buys into those same assumptions.

Who it stuck with: Abby Bell, Vice President

Why it stuck: “At Simantel we talk a lot about superpowers. But, I never thought my identity could be a part of mine until I spent 15 minutes listening to this.”

TED Talk: How to stop screwing yourself over | Mel Robbins
The summary: Getting what you want is the self-proclaimed goal of Mel Robbins’ life. But for that to happen, you have to refrain from using what she calls the “F-word.” To get what you want, Robbins points out, stop saying you’re “fine” with the way things are now. Rather, some things are going to have to change – and channeling your activation energy is the place to start.

Who it stuck with: Kelly Luttinen, Associate Content Director

Why it stuck: “If you wait for motivation to strike, you may wait forever. Mel Robbins challenges the audience to push past their ‘inner snooze button’ to get results. I love this reminder that there’s no time like the present. I want to reach my goals, not settle for ‘fine.’ If you’re looking for a kickstart, this talk is it.”

Related: What We Know to be True: A Cautionary Tale About Assumptions

The summary: In one of the most popular TED Talks of all time, Simon Sinek explains the difference between logically and emotionally based decision making. In his simple model of the golden circle, he prompts people to ask themselves what the “why” is behind what they do. Emotions are a strong catalyst for action in life. According to Sinek, inspiration happens when you connect with the people who are driven by shared beliefs.

Why it stuck: “This idea of finding your ‘why’ is powerful because it’s simple. ‘Why?’ is a one-word tool that digs into a behind-the-scenes story – and stories can be effective vehicles to inspire and motivate people.”

So, what is it that inspires you? Do you have a favorite TED Talk? Share it with us in the comments below! Elisabeth is an Associate Program Manager of the Smart Email programs at Simantel. One of her favorite places to be is anywhere with live music and coffee, especially if that music is jazz and that coffee is a latte.