Challenge
As it approached its 65th anniversary in 2009, Lincoln Christian College & Seminary’s growth over time had resulted in a fragmented brand and identity. To position the school for the future, the college engaged Simantel to help bring its undergraduate, graduate and adult studies schools together by changing its naming structure from “college” to “university” and to establish a refreshed brand and message strategy.

Simantel’s Approach
Although somewhat culturally resistant to change, there was a strong desire at Lincoln Christian College & Seminary to unite and re-energize under a strong, forward-looking brand identity. Through internal and external research, Simantel captured a clear direction: “Contemporize Lincoln’s image without losing its identity as a solidly Christian university.”

Creating a Destination
With the chapel building as the focal point of the campus and mainstay of its previous logo, the research favored an evolution of the chapel in the logo as opposed to a complete departure from the past. Further, the university’s primary color, red, also tested well as a symbol of the Christian faith. Simantel’s recommendations integrated both of these elements in a refreshed graphic approach.

Results
Enrollment at the university increased following the campaign’s launch in September 2009. 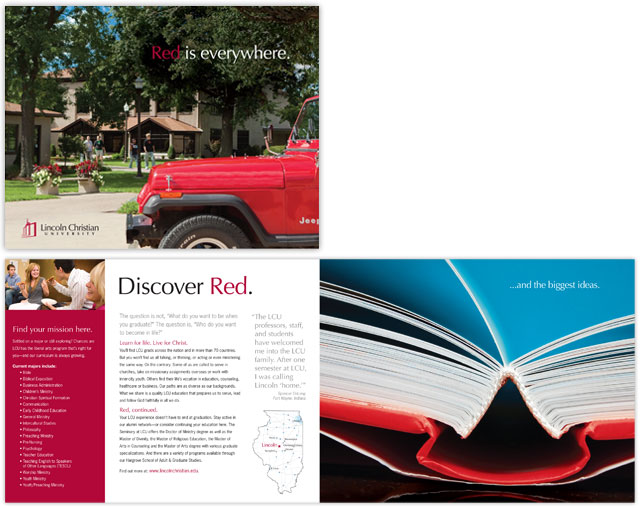 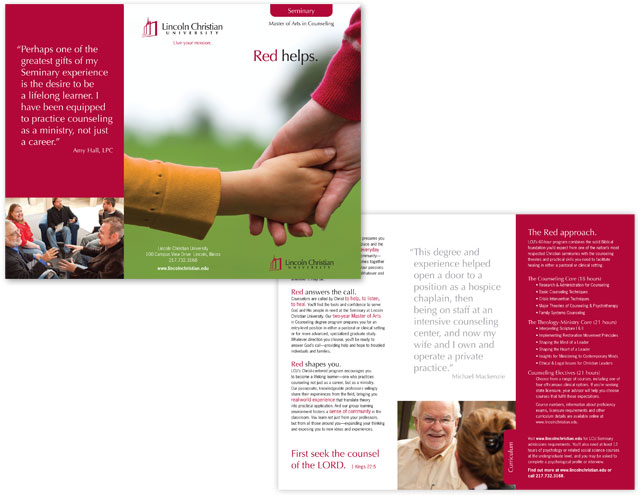