Recently we shared the Dream Traxx testimonial we shot for the Cat heavy construction campaign. Now we want to take you behind the scenes and give you an inside look at how the video was made. 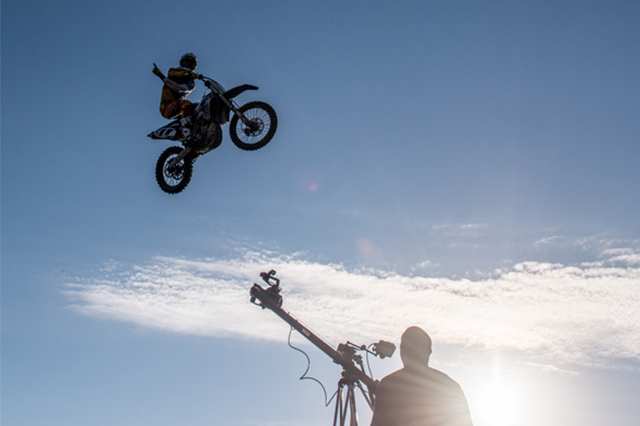 A video shoot like this takes serious coordination. We led several pre-production calls that included Caterpillar, Dream Traxx and our video team. We talked location, time frames, safety, limitations and more. This helped us hit the ground running when we showed up to shoot.

Once we had the details nailed down, our crew traveled to Groveland, Florida to capture the action.

It was a two-day shoot. Because the story really stressed the partnership between the customer and the Cat dealer, our team split — half of the crew went to the track and the other half headed over to the dealership.

Revving up the Action

You can’t talk about racetracks without showing them in their full glory, riders and all. We were fortunate enough to have two pro riders who showed just how exhilarating the Cat-powered Dream Traxx racetracks are.

We were amazed at the tricks and speed the pro riders could throw down. Fun fact: one of the riders had broken his femur and was going slower than normal. We wouldn’t have been able to tell. His “slow” still seemed warp speed. 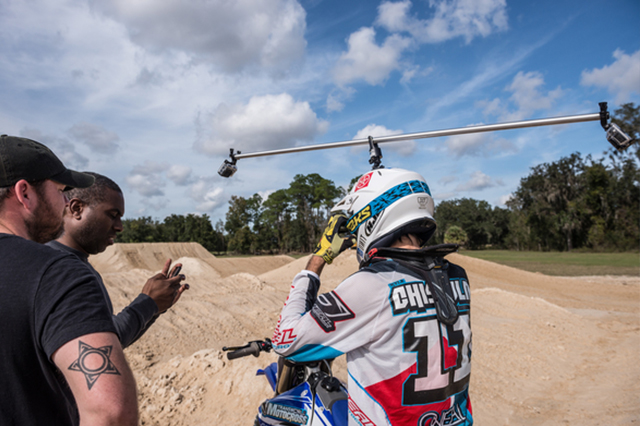 With such a dynamic subject, we used an arsenal of cameras set at different angles to catch different types of footage.

To show the scale of the track, we needed some establishing shots. We used drone helicopters to film aerial shots, which immediately creates excitement in the video and sets the stage for our story.

We attached cameras to the pros’ helmets to show the rider’s point-of-view. The pros were good sports — it’s not exactly comfortable doing crazy jumps with a camera attached to your head.

We wanted the bike scenes to have a dirt-flying, gravity-defying motocross vibe. To get one of the shots, we placed a camera in a hole we dug in the ground and covered it with plexiglass. Next, we had a pro run his bike right over the plexiglass, allowing us to capture the incredible angle of being under the bike. You even see the grooves in the wheels as he passes over.

We put plexiglass to use again when we filmed the dirt flying from a rider’s sharp turn. This time, we put it vertically in front of our camera. The pro drove at us and quickly pivoted. The kicked-up dirt slammed into the plexiglass, giving us the effect of burying the camera.

We walked away caked in mud but excited to edit the footage. We enjoyed our time spent with the Dream Traxx team and loved capturing the athleticism of the pros on the racetrack. Best of all, we knew we had found the right story to demonstrate the power of collaborating with a Cat dealer. The final video shows just how far an innovative business owner can go with Caterpillar by their side.

Be sure to visit CatAllDay.com to see additional client testimonials we filmed in collaboration with Caterpillar.