Simantel has teamed up with the City of Peoria to help launch a new community effort: “Don’t Shoot.” This aggressive, multi-strategy program is designed to reduce gun-related crimes and ultimately save lives. It’s based on the book, Don’t Shoot: One Man, A Street Fellowship, and the End of Violence in Inner-City America, written by David M. Kennedy. The program has been deployed in more than 70 cities nationwide, but it has never come to a city the size of Peoria.

The “Don’t Shoot” program is grounded in Kennedy’s book, so it made sense to name the local campaign “Don’t Shoot Peoria” for brand recognition. The communication component features actual victims’ families on billboards, bus signs, newspaper ads and radio and television spots carrying one very simple yet powerful message, ”You’re killing me.” This speaks to the fact that every gun crime has more than one victim. Simantel also developed a comprehensive website featuring the latest statistics and news stories, including victim and offender testimonials and even stories from their family members.

Our goals of raising awareness and creating conversations throughout our community have definitely been met. Within the first month of launching the campaign, the “Don’t Shoot” Peoria website had 4,192 visits, 2,935 of which were unique visitors.

Next phase: taking down the very small percentage of people causing the havoc and putting others on notice that gun crime will not be tolerated in Peoria. Stay tuned, the crackdown and cleanup are about to begin. 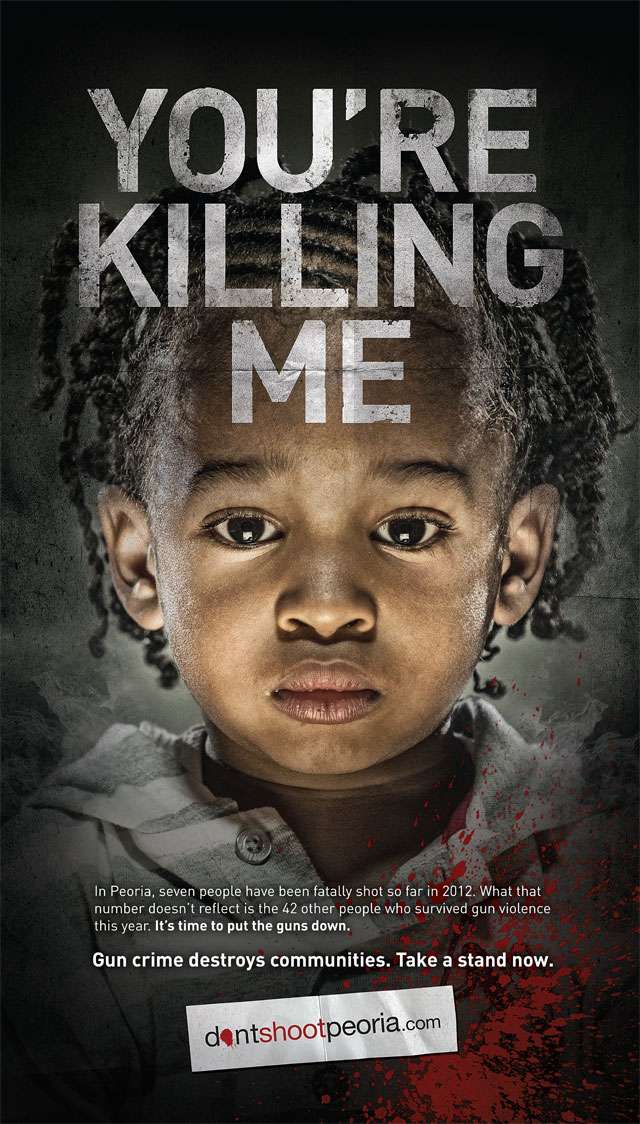 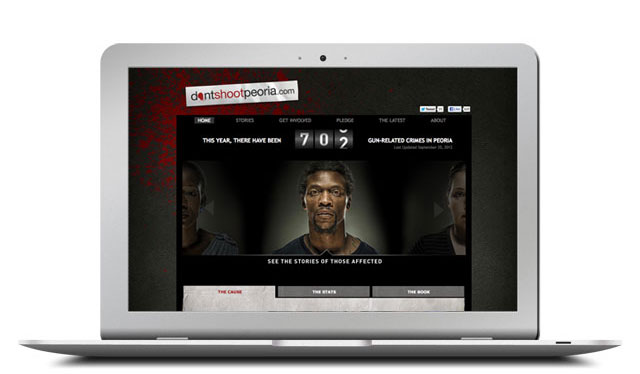 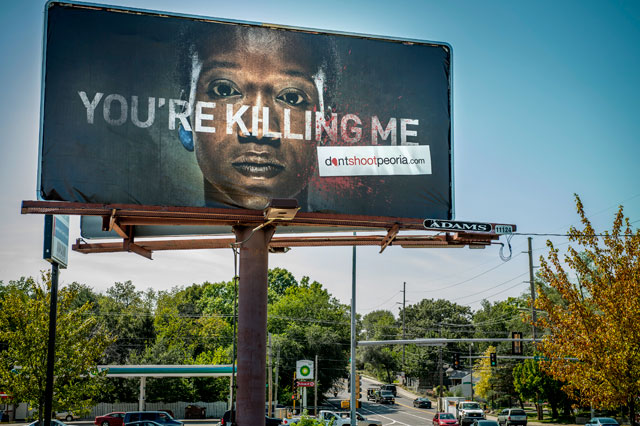 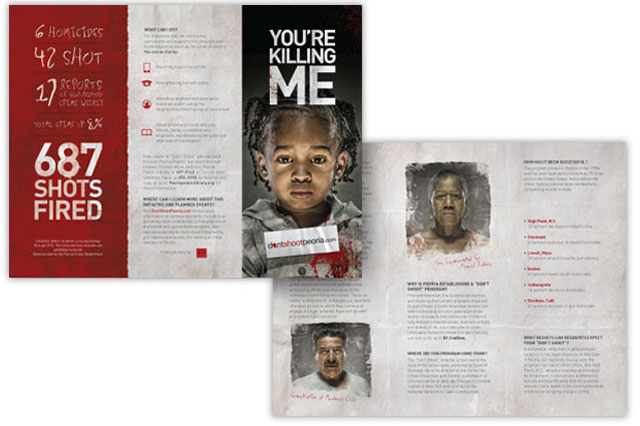